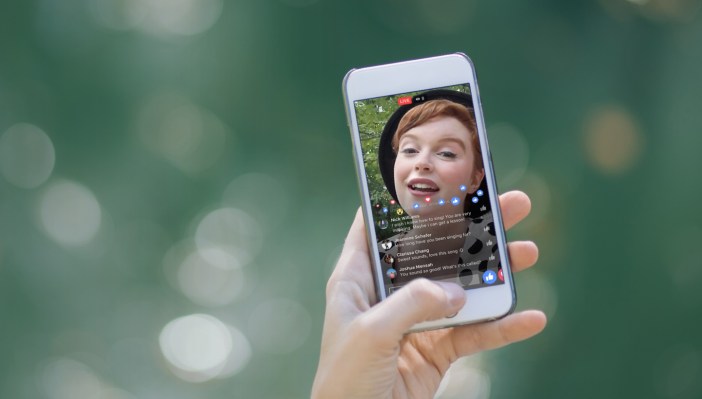 Facebook is cracking down on its live streaming service after it was used to broadcast the shocking mass shootings that left 50 dead at two Christchurch mosques in New Zealand in March. The social network said today that it is implementing a ‘one strike’ rule that will prevent users who break its rules from using the Facebook Live service.

“From now on, anyone who violates our most serious policies will be restricted from using Live for set periods of time — for example 30 days — starting on their first offense. For instance, someone who shares a link to a statement from a terrorist group with no context will now be immediately blocked from using Live for a set period of time,” Facebook VP of integrity Guy Rosen wrote.

The company said it plans to implement additional restrictions for these people, which will include limiting their ability to take out ads on the social network. Those who violate Facebook’s policy against “dangerous individuals and organizations” — a new introduction that it used to ban a number of right-wing figures earlier this month — will be restricted from using Live, although Facebook isn’t being specific on the duration of the bans or what it would take to trigger a permanent bar from live-streaming.

Facebook is increasingly using AI to detect and counter violent and dangerous content on its platform, but that approach simply isn’t working.

Beyond the challenge of non-English languages — Facebook’s AI detection system has failed in Myanmar, for example, despite what CEO Mark Zuckerberg had claimed — the detection system wasn’t robust in dealing with the aftermath of Christchurch.

The stream itself was not reported to Facebook until 12 minutes after it had ended, while Facebook failed to block 20 percent of the videos of the live stream that were later uploaded to its site. Indeed, TechCrunch found several videos still on Facebook more than 12 hours after the attack despite the social network’s efforts to cherry pick ‘vanity stats’ that appeared to show its AI and human teams had things under control.

Early partners in this initiative include The University of Maryland, Cornell University and The University of California, Berkeley, which it said will assist with techniques to detect manipulated images, video and audio. Another objective is to use technology to identify the difference between those who deliberately manipulate media, and those who so “unwittingly.”

Facebook said it hopes to add other research partners to the initiative, which is also focused on combating deepfakes.

“Although we deployed a number of techniques to eventually find these variants, including video and audio matching technology, we realized that this is an area where we need to invest in further research,” Rosen conceded in the blog post.

Facebook’s announcement comes less than one day after a collection of world leaders, including New Zealand Prime Minister Jacinda Ardern, called on tech companies to sign a pledge to increase their efforts to combat toxic content.

According to people working for the French Economy Ministry, the Christchurch Call doesn’t contain any specific recommendations for new regulation. Rather, countries can decide what they mean by violent and extremist content.

“For now, it’s a focus on an event in particular that caused an issue for multiple countries,” French Digital Minister Cédric O said in a briefing with journalists.