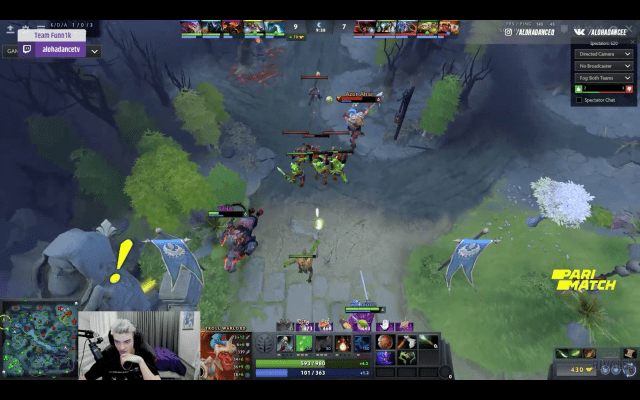 While Facebook makes a bold move into cryptocurrency to capitalise on its multi-billion user base, a social network that was once a credible competitor to it has quietly been snapped up by a subsidiary of Amazon. TechCrunch has learned and confirmed that Bebo, one of the earlier platforms to let people share thoughts and media with their friends, has been acquired by Twitch, the streaming video platform owned by Amazon. Together the two will be working on building out Twitch’s esports business, and specifically Twitch Rivals.

A spokesperson for Twitch confirmed the acquisition, which includes both people (around 10 employees) and IP, but declined to provide further comment.

From what we understand from our sources, Twitch paid less than $25 million for the company earlier this month, after beating out at least one other bidder, Discord (which itself has been building out its own esports business). Indeed, LinkedIn profiles for ex-Bebo employees — see here, here, and here — now at Twitch note June as the changeover date. (Note: original sources say $25 million, others close to the deal say it was materially less than this.)

It has been a long and winding road for Bebo over the years. Starting out way back in 2005 by Michael and Xochi Birch as an early social networking site, Bebo quickly became the market leader in a couple of English-speaking countries, specifically UK and Ireland.

Bebo’s growth trajectory and the bigger opportunity in social were enough to get it acquired for about $850 million by AOL back in 2008, apparently beating out a number of other interested large tech and media companies interested in getting their own social media platform and the audience that would come with it (disclaimer: AOL eventually also acquired TechCrunch, too).

But the deal was a certifiable dud, with Bebo never managing to build on its early traction, and AOL not being in a position to know how to fix that. Less than two years later, it was sold on to Criterion Capital for $25 million.

Yet as the social wheels continued to turn, and even once-global market leader MySpace also fell back as Facebook, Twitter, Instagram and other mobile-friendly platforms pulled out ahead, even that $25 million price turned out to be too high. After Bebo filed for Chapter 11 bankruptcy protection, the original founders, the Birches, bought it back in 2013 for $1 million with a pledge to reinvent it.

And so they did, putting in place a small team led by Shaan Puri, who worked on a number of ideas to see which of them could fly. (And I don’t know if this was a tongue in cheek joke about how challenging they knew the task would be, but it seems that the holding company set up to house some of the IP and legal aspects of the endeavor was called “Pigs in Flight.”)

The new app studio effort, which went by the name Monkey Inferno (another great one), came out of the gates with “Blab”, a “walkie-talkie” ephemeral video messaging service, which picked up millions of users quickly but found it hard to retain them. It shut down a year later, and it looks like Monkey Inferno dabbled in a few other things before coming to esports.

From social networking to socialising esports

In that last pivot, Bebo first tried out streaming services for esports players, but that proved to be tough competition against dominant platforms like OBS and Xsplit. Then, in an interesting nod to its earlier history in social networking and organising groups of friends, it shifted once more, into organising and running tournaments for streamers, with leagues and more: the streams ran on Twitch and Bebo organised viewers, leagues and other things around that.

That site, Bebo.com, is now offline, and all its tweets seem to have been deleted, but the idea was to build out leagues and tournaments for any and all kinds of groups and players, for example complete beginners, or high school students.

It was the last of these that turned out to line up with a growing market segment.

According to a report in eMarketer, esports attracted some 400 million users in 2018 and pulled in revenues of $869 million from sponsorships, player fees and advertising, and it is projected to be worth between $1.58 billion and $2.96 billion by 2022. And Bebo was helping organise and build those communities.

And that is now linking up neatly with Twitch, which had been developing its own casual esports operation in the form of Twitch Rivals. This launched in beta in 2018 and is now widely available wherever Twitch is.

The Bebo tech and its team are now both being put to use on Twitch Rivals, to help continue expanding it with more features and more users. To be clear, though, it seems there is no intention — from what I understand — to parlay Bebo’s past efforts in social networking into a wider social networking play at Twitch: the focus is on esports.

Still, the acquisition comes at a key moment. Since January, there have been reports that Amazon is working on a new game streaming service (just like Apple, Google and others), which likely won’t be out until next year. While there is no news on that today, you can see how expanding the variety and breadth of content on Twitch by way of esports leagues and tournaments fits in with a wider effort to bring more regular, engaged users into the Amazon fold, using this as one of the big draws.

(Updated with more detail on the price.)

Twitter co-founder Ev Williams still wants to save the world