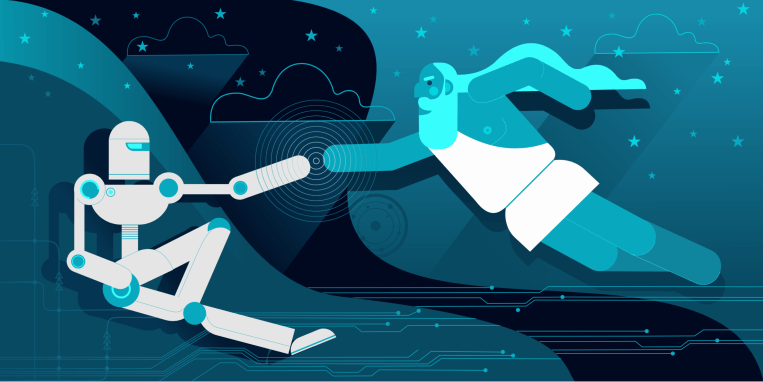 Money from big tech companies and top VC firms is flowing into the nascent “virtual beings” space. Mixing the opportunities presented by conversational AI, generative adversarial networks, photorealistic graphics, and creative development of fictional characters, “virtual beings” envisions a near-future where characters (with personalities) that look and/or sound exactly like humans are part of our day-to-day interactions.

Last week in San Francisco, entrepreneurs, researchers, and investors convened for the first Virtual Beings Summit, where organizer and Fable Studio CEO Edward Saatchi announced a grant program. Corporates like Amazon, Apple, Google, and Microsoft are pouring resources into conversational AI technology, chip-maker Nvidia and game engines Unreal and Unity are advancing real-time ray tracing for photorealistic graphics, and in my survey of media VCs one of the most common interests was “virtual influencers”.

The term “virtual beings” gets used as a catch-all categorization of activities that overlap here. There are really three separate fields getting conflated though:

These can overlap — there are humanoid virtual influencers for example — but they represent separate challenges, separate business opportunities, and separate societal concerns. Here’s a look at these fields, including examples from the Virtual Beings Summit, and how they collectively comprise this concept of virtual beings:

Virtual companions are conversational AI that build a unique 1-to-1 relationship with us, whether to provide friendship or utility. A virtual companion has personality, gauges the personality of the user, retains memory of prior conversations, and uses all that to converse with humans like a fellow human would. They seem to exist as their own being even if we rationally understand they are not.

Virtual companions can exist across 4 formats:

While pop culture depictions of this include Her and Ex Machina, nascent real-world examples are virtual friend bots like Hugging Face and Replika as well as voice assistants like Amazon’s Alexa and Apple’s Siri. The products currently on the market aren’t yet sophisticated conversationalists or adept at engaging with us as emotional creatures but they may not be far off from that.

How to Use Online Video to Drive Your Professional Service Marketing

The Ticket Fairy is tech’s best hope against Ticketmaster