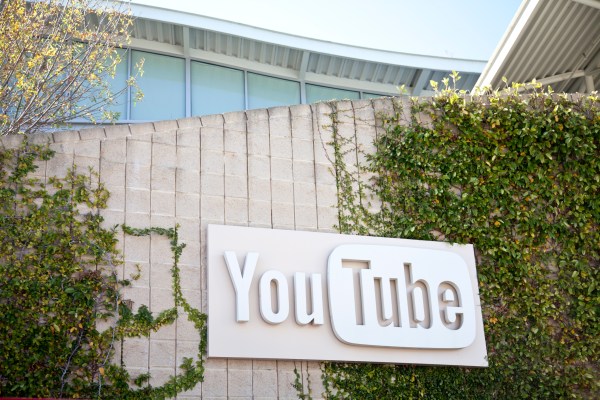 After a series of tweets that made it seem as if YouTube was contradicting its own anti-harassment policies, the video platform published a blog post in an attempt to clarify its stance. But even though the post is supposed to “provide more details and context than is possible in any one string of tweets” and promises that YouTube will reexamine its harassment policy, it raises yet more questions about how serious YouTube is about combatting harassment and hate speech on its platform—especially if the abuse comes from a high-profile channel with million of subscribers.

YouTube is currently under fire for not taking earlier, more decisive actions against conservative commentator Steven Crowder after he made homophobic and racist comments about Vox reporter Carlos Maza in multiple videos. The platform eventually demonetized Crowder’s channel, which currently has more than 3.8 million subscribers, but then stated it would allow Crowder to start making ad revenue again if he fixed “all of the issues” with his channel and stopped linking to an online shop that sold shirts saying “Socialism is for f*gs.”

Before demonetizing Crowder’s channels, YouTube responded to Maza in a series of tweets that created confusion about how it enforces it policies. The platform said after an “in-depth review” of flagged videos by Crowder, it decided that even though the language they contained was “clearly hurtful,” the videos did not violate its policies because “as an open platform, it’s crucial for us to allow everyone-from creators to journalists to late-night TV hosts-to express their opinions w/in the scope of our policies.” This was in spite of the fact that Crowder’s derogatory references to Maza’s ethnicity and sexual orientation violate several of YouTube’s policy against harassment and cyberbullying, including “content that makes hurtful and negative personal comments/videos about another person.”

I’ve been called an anchor baby, a lispy queer, a Mexican, etc. These videos get millions of views on YouTube. Every time one gets posted, I wake up to a wall of homophobic/racist abuse on Instagram and Twitter.

In the new blog post, posted by YouTube head of communications Chris Dale, the platform gives a lengthy explanation of how it attempts to draw the line between things like “edgy stand-up comedy routines” and harassment. But in the case of Crowder’s persistent attacks on Maza, YouTube repeated its stance that the videos flagged by users “did not violate our Community Guidelines.”

As an open platform, we sometimes host opinions and views that many, ourselves included, may find offensive. These could include edgy stand-up comedy routines, a chart-topping song, or a charged political rant — and more. Short moments from these videos spliced together paint a troubling picture. But, individually, they don’t always cross the line.

There are two key policies at play here: harassment and hate speech. For harassment, we look at whether the purpose of the video is to incite harassment, threaten or humiliate an individual; or whether personal information is revealed. We consider the entire video: For example, is it a two-minute video dedicated to going after an individual? A 30-minute video of political speech where different individuals are called out a handful of times? Is it focused on a public or private figure? For hate speech, we look at whether the primary purpose of the video is to incite hatred toward or promote supremacism over a protected group; or whether it seeks to incite violence. To be clear, using racial, homophobic, or sexist epithets on their own would not necessarily violate either of these policies. For example, as noted above, lewd or offensive language is often used in songs and comedic routines. It’s when the primary purpose of the video is hate or harassment. And when videos violate these policies, we remove them.

The decision to demonetize Crowder’s channel was ultimately made because “we saw the widespread harm to the YouTube community resulting from the ongoing pattern of egregious behavior, took a deeper look, and made the decision to suspend monetization,” Dale wrote. In order to start earning ad revenue again, “all relevant issues with the channel need to be addressed, including any videos that violate our policies, as well as things like offensive merchandise,” he added.

The latest YouTube controversy is both upsetting and exhausting, because it is yet another reminder of the company’s lack of action against hate speech and harassment, despite constantly insisting that it will do better (just yesterday, for example, YouTube announced that it will ban videos that support views like white supremacy, Nazi ideology or promote conspiracy theories that deny events like the Holocaust or Sandy Hook).

The passivity of social media companies when it comes to stemming the spread of hate through its platforms has real-life consequences (for example, when (Maza was doxxed and harassed by fans of Crowder last year), and no amount of prevarication or distancing can stop the damage once its been done.

How to Host a Successful Twitter Chat (Free Templates Included)

Twitter makes ‘likes’ easier to use in its twttr prototype app. (Nobody tell Jack.)